Great News! The Senate passed its version of the Budget and money for 2 Ag Ed Coordinators is included in the Budget. Read details about this and other great news from our Lobbyist, Bryan Holloway in his latest report:

The Senate Budget was released this week, and a full report on the education portion will be forthcoming.  The great news is that our coordinator positions at NC State are also in the Senate Budget. This means this item is not in controversy and it will be a part of the final budget.  Our funds for the camp were not in the Senate Budget. However, after talking with Senators and Rep. Brisson from the House, I feel confident the funds for the camp will make the final version of the budget.  Remember, they were in the House version. I’ll be writing back soon to give a full Senate Budget report. Budget negotiations between the two bodies will begin next week, and we should see the final version by late June or early July.

The North Carolina General Assembly continues to consider many items of interest to public school stakeholders. The Crossover deadline has now passed which means that no more non-finance related education bills will be filed and/or passed from one chamber to the other. However, in total, 88 education related bills have met the crossover deadline and will continue through the process of being heard and potentially become law. Those important pieces of legislation have been previously highlighted in earlier NCATA updates. Most of these 88 bills are minor and of less consequence to the broader K12-public school community. However, NCATA will follow all of these bills and will provide updates on those bills that will significantly impact NCATA members and other interested parties.

This bill would remove some retirement payment plans currently available to retirees. The stated reason for the change is to ensure stability to the State Retirement System through decreasing risk to the current system and to the retiree. Click here  to see existing retirement options.

This bill would require the State Board of Education to change current graduation requirements to include an arts based credit. This requirement would take effect starting with 6th graders in the 2022 school year. Waivers would be available to transfer students from out of state.

This bill reflects revisions to the previous version of the bill regarding LEAs and the process of re-hiring recently retired teachers to teach in high-need schools. The criteria have been restricted and as such will likely present legal and financial challenges to LEAs who pursue recent retirees to teach under this program.

SB 438 was introduced which addressed some perceived deficiencies with the original Read to Achieve Act passed in 2013. According to Senate President Phil Berger, there were parts of the program that were working well and other components that needed adjustment. This Act would seek to implement Summer Reading Camps and offer targeted staff development to meet student’s needs to improve 3rd grade reading proficiency.  The Act utilizes current and past performance data to adjust the program to meet current student needs.

This bill, which passed the House and now moves to the Senate, eliminates K-8 EOG tests and allows shorter “check in” tests during intervals in the school year. For high school testing, the NC Final Exam would be eliminated and the ACT would be utilized to measure student growth and ensure school accountability.

This bill allows lawmakers to study and review the State Health Plan and identify areas for improvement and modernization including goals based incentives for providers and members and healthy lifestyle promotion. In addition, the bill will examine the needs and concerns of stakeholders in the State Health Plan.

This bill would keep the 15-point scale for performance grades for schools as opposed to moving to the 10-point scale which was the most recent current law.

This bill would allow for some scheduling flexibility and let local school boards align their schedules with the community college system.

This bill would remove the language of “low performing school” while modifying the definition using revised measurements. If a school has met expected growth, it will not be classified as “low performing.”

A school bond measure has passed the House (H.B 241) and will move on to the Senate. Although changes are anticipated, the bond issue has received broad support. Its highlights include $1.5 billion in capital funding to K-12 schools, $200 million to community colleges, and $200 million to the UNC system. The bond measure would allow flexibility to local school boards to best determine spending priorities. In addition, the bond would provide crucial funds to rural schools which face a capital funding disadvantage. As of 3/18/19 this measure has been referred to the Committee on Rules and Operations in the Senate.

This Pilot proposal, specific to Guilford County, would allow traditional high schools to host the Innovative Signature Career Academy Program. As of 3/26/19, this measure has been referred to the House Committee on Finance and has not seen action since..

This bill would mandate that students in high school complete an Economics and Financial literacy type course as a requirement for graduation. In addition, staff development opportunities would be extended for teachers in the content area. This bill has not seen action since April 3rd and is currently in the Senate Committee on Appropriations/Base Budget.

This bill would provide funding to Charter Schools to meet student transportation needs and will allow qualifying schools to receive reimbursement for up to 65 percent of their transportation costs..This bill was referred to the House Committee on Appropriations on 4/9/19.

Under this proposed bill a pilot program would be established for a virtual or online academy for preschool aged children.

This bill would mandate that public school students be equipped with necessary resources regarding child abuse, sexual abuse, neglect and similar concerns.

H521: Provisional License/Teacher from Other State.

This bill is part of an ongoing effort to ease the process for out of state teacher licensure candidates and would allow for one year provisional licenses for teachers coming to North Carolina from other states. In addition, LEAs would make final determinations regarding the salary schedule and what credits for experience could be used.

This bill would attempt to ensure that teachers receive a 30 minute duty free lunch to the extent that funds and proper student supervision are available. 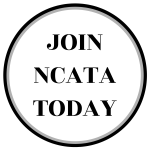